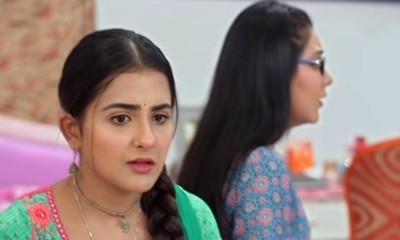 Zee TV serial Mithai is all set for a huge drama unfolding next in the upcoming Rohan and Karishma's wedding.

It is seen how the Choubeys fix Karishma and Rohan's wedding alliance when in actuality it is now revealed that Keerti likes Rohan and so Rohan is not happy with Karishma.

Thus, when Mithai hears the truth and reveals it to everyone,

There comes a shocking twist when both Rohan and Keerti deny it because of the family pressure.

And so, in the next track, Keerti and Rohan will rebel for their love.

Mithai to get stuck

Once again, none other than Mithai will get blamed for all the mess even if she is not the one who is responsible.

Let's see if Mithai could save the family's dignity or not.

Will Sid believe Mithai after getting some clues?

Stay tuned with us to know next twist.