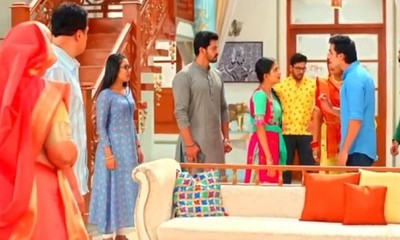 Zee TV serial Mithai is all set to see further a new track beginning with Sid and Shubham developing feelings for Mithai at the same time.

However, now that he has decided to marry Mithai, Siddharth has started to develop a soft corner for Mithai.

But this love story doesn’t start at a silent pace but with the takrar and daily arguments.

So, further when Sid refuses to trust Mithai over Rohan and Keerti’s love,

And so, this leaves Sid totally pissed off because he fails to digest Shubham and Mithai’s increasing proximity.

So further in the episodes to come, you will see Sid getting into mixed emotions because of Shubham and Mithai’s closeness.

This is going to be interesting to watch if this new closeness will force Sid to fall in love with Mithai.