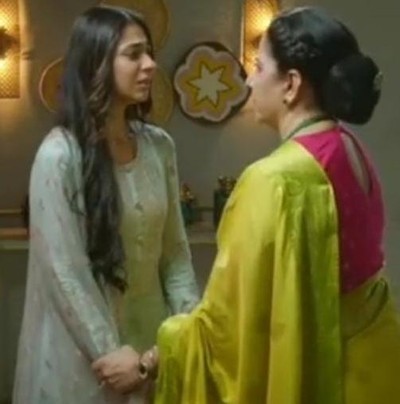 Soumya is struggling to get back her babies but she fails to get any help from the police.

On the other hand, Armaan defames Soumya for being an irresponsible and heartless mother.

While Sushma is seeing all the injustice and inhuman treatment towards a mother, her heart aches.

Sushma feels bad for Soumya's pain because of her son Armaan.

Sushma unites Soumya and the babies

While Soumya is failing in getting her babies back even in the court of law, Sushma is going to take a huge step.

Sushma knows Soumya well and she does not want the babies to be separated from their mother due to her son's madness.

Now Sushma is going to take a bold step and stand against her husband and son in support of Soumya.

Shockingly, Sushma would be seen uniting Soumya with her babies by giving a statement against Armaan.

Will Suhsma's this action make Armaan realize his mistake?