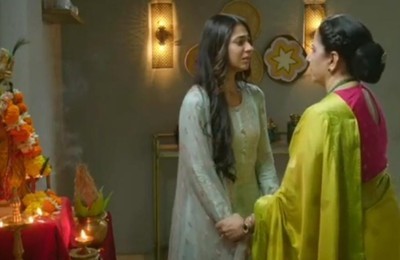 Mose Chhal Kiye Jaaye: Armaan plan to defame Soumya to get the custody

Now that Armaan and Prisha's affair is out in the open, Armaan and Soumya's fight is also an open war.

While Armaan threatens Soumya to stay silent and stay in the house as the mother of his children else leaves the house.

Soumya is not at all ready to leave her children and is in a dilemma when Sushma comes to her rescue.

Further ahead, Sushma assures her about babies safety and urges her to fight and not sacrifice.

Susham does not want Soumya to live her life like her but instead live with pride.

Soumya determined to get her babies

This gives Soumya strength and she decides to get custody of her babies legally.

Moreover, Soumya challenges Armaan to meet in the court of law.

However, Armaan gets his evil mind working and thinks of a plan to defame Soumya so the court rejects her plea.

Will Armaan be able to stop Soumya from getting custody of the babies?