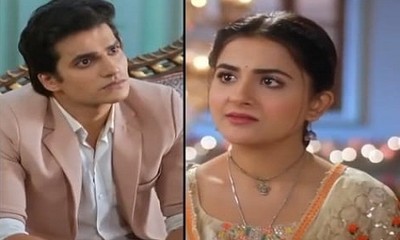 Zee TV Hindi serial Mithai is all set to see further Sid and Mithai's next move.

Therefore, she convinces him to take a stand for the couple and unite them because getting Rohan and Karishma married will ruin three lives.

Consequently, Sid finally agrees to her.

And now, further in the story to come, you will see Sid finally teaming up with Mithai to convince the family for Rohan and Kirti.

The future track will see Rohan and Kirti's major face-off to Mithai and Sid.

The latter are ready to stand for them once they publicly accept their love relationship.

So, how Sid and Mithai convince the family for Rohan and Kirti is exciting to watch next.

Let's see how this alliance will bring Sid and Mithai closer.

To know the next update, keep reading SerialGossip.com