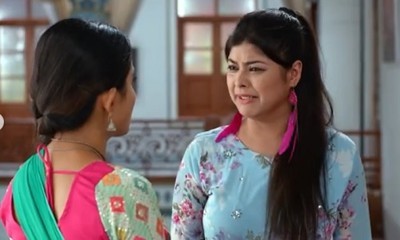 Zee Hindi TV serial Mithai is all set to see Mithai’s next big move to help Rohan and Kirti.

The story is now going to spice up after Rohan decides to start up his business in Mathura.

Karishma wants to go to US and live a luxury life but now when Rohan has decided to settle in Mathura, this totally angers her.

Sid refuses to bring Rohan and Kirti’s love relationship out because none of them is ready to confess before the family.

Thus, Mithai now comes up with an idea and here she fixes Karishma and Rohan’s meeting.

Interestingly, now when Karishma wants to marry Aditya because his business is settled and he can afford a luxury life for her,

Mithai thus asks her to reveal her truth to Rohan.

Therefore, now everything will get clear as Rohan and Karishma will mutually call off their alliance and so Rohan will unite with Kirti.

Let’s see what the story holds next for the viewers and how Sid again gets impressed with Mithai’s efforts.