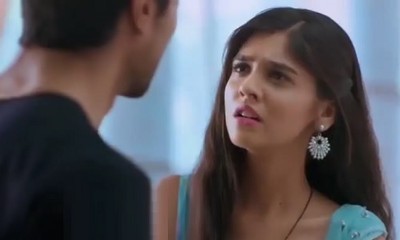 Star plus serial Yeh Rishta Kya Kehlata Hai (YRKKH) is looking forward to an ugly fight between Abhimanyu and Akshara.

Akshara taking stand for Harshvardhan is pricking in Abhimanyu’s heart.

Abhimanyu thinks Manjari should divorce Harshvardhan because he betrayed her.

However, Akshara stops this divorce when Manjari is not ready to do so.

Therefore, she wants Abhimanyu to understand Manjari from her point of view but the latter’s hate intensifies so much that now he badmouths his marriage.

Akshara gets heartbroken when Abhimanyu screams at her and announces that every marriage is worse and he is ashamed of marrying her.

The duos part ways from each other and the distance between them increases again.

What do you think will happen next in Abhimanyu and Akshara’s marriage relationship?

Will Harshvardhan and Manjari’s problems shake the depth of Abhimanyu and Akshara’s trustworthy relationship?

YRKKH: Neil thanks Aarohi for bringing the truth out in public

YRKKH: Pranali Rathod injured on sets, will she take a break...