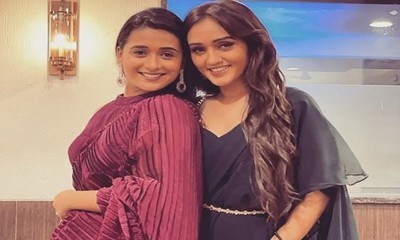 It's time for a whole new track next in the upcoming storyline of Colors TV serial Sasural Simar Ka 2.

Aarav and Simar along with Reema and Vivaan save the house and the property of the Oswals.

Meanwhile, Giriraj realizes his mistake and reconciles with Geetanjali Devi.

However, now that everything is back to normal, Reema wants to talk to Geetanjali Devi about her modeling career.

So, the next storyline will see Geetanjali Devi taking the big step of saying yes to Reema's modeling.

After realizing Simar's worth, now Geetanjali don't want to stop Reema from exploring her modeling career.

The happiness in the Oswal Family is going to double with Geetanjali Devi saying yes to Reema's job.

What do you think, will life ahead be easy for Simar and Reema?