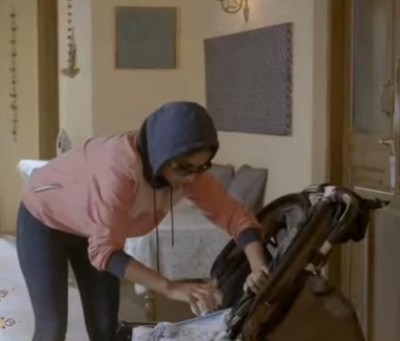 Though Soumya has her babies with her, her life is full of troubles and scandals.

Armaan is not going to let Soumya live in peace and is plotting plans one after the other to make her life hell.

Prisha is also assisting Armaan in his evil plans and executing for him.

Further, Prisha comes in the disguise of a man and tries to kidnap the babies to show Soumya is incapable of taking care of babies.

However, the twist in the tale is that Goldie has installed camera for the babies security as he is well aware of Armaan.

Thus, the video is captured in the camera where Prisha gets caught.

Soumya is shaken that her sister and husband stoop to such a low level.

Now it will highly interesting to see what will Somuya do now.

Keep tuned to serialgossip.com to get more news and updates.