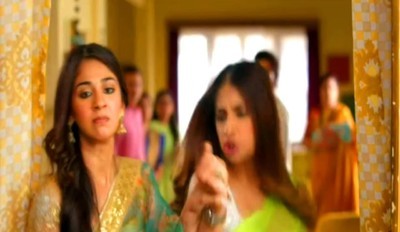 Mose Chhal Kiye Jaaye: Armaan demands Prisha to sit in puja with him

Though Armaan and Soumya live separately, they are not divorced, and also the fact remains that they are parents of the twins.

Further, Sushma arranges a puja at Soumya's house for the babies welfare and happiness.

However, Soumya is not happy with it as she has to sit with Armaan for the puja but agrees with Sushma.

Prisha stunned as Soumya drags her out

Armaan however gives Soumya the shock of her life as he brings Prisha along with him.

Further ahead, he declares that Prisha will sit in puja with him instead of Soumya.

But Soumya is not going to let this happen as she is the mother and not Prisha.

Shockingly, Soumya drags Prisha by her hand and throws her out of the house.

This is a huge shocker for everyone and Soumya has to face the consequences of it.