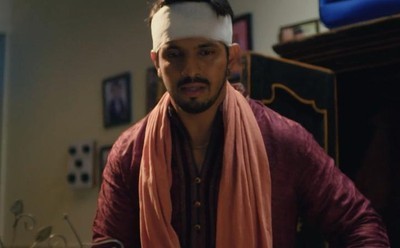 It was earlier seen that Shiva has returned and reaches near Pandya House where he falls under the misunderstanding that Pandya people are happy without him and renovated the store too.

However Raavi feels Shiva's return and wants to see him.

On the other side Shiva goes back home where he decides to take his clothes and go far away from the family for the sake of Pandya Store.

When Dhara senses someone in Shiva's room and goes to check.

Police comes to check Pandya House on knowing that Shiva is alive and Pandya family has duped them for the sake of compensation money.

Pandya Store: Raavi turns the next Shiva to inaugurate Pandy...