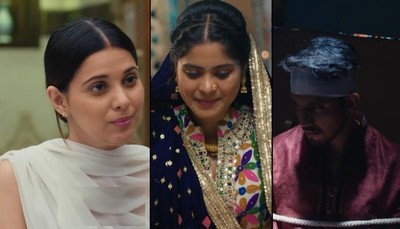 In the new episode of Star Plus popular serial Pandya Store loyal viewers will get to witness interesting drama.

It was earlier seen that Raavi decides to give the money to Gautam for the repair of the shop.

While Gautam refuses taking the same where he wants Raavi to use the money for her future use and security.

On the other side Shiva is struggling to survive.

When Surabhi the girl who is taking care of Shiva falls in love with him.

Shiva and Surabhi ready as bridegroom and bride

Surabhi's mother decides to get Surabhi married to Shiva so that they can live happily together.

Shiva and Surabhi ready as bride and groom where their marriage rituals begin.

Poor Raavi on the other side is unaware of the upcoming storm in her life.

Will the marriage take place successfully?

Keep tuned for the next update.