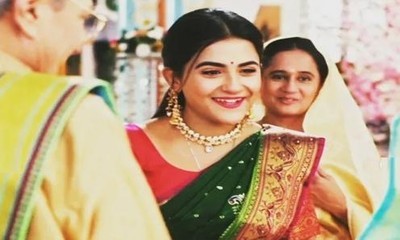 In the latest story of Zee TV serial Mithai, a lot is going to change in Mithai’s life like never before.

The drama is going to intensify with Girish’s dirty ploy against Mithai.

The pre-wedding rituals of Shubham and Mithai have begun wherein Abha is trying her best to hurt and take revenge on Mithai.

Consequently, the big twist in this wedding is that as per Girish’s planning, Shubham is going to leave Mithai in the wedding mandap.

And this will now ruin Mithai’s dignity and her whole life.

Siddharth to be Mithai’s support system

Interestingly, Siddharth and Mithai are destined to be together and so when Shubham leaves the latter and refuses to marry her,

Now, it would be exciting to watch how Girish’s plan will backfire on him only and how to further Sid and Mithai’s love story will kick start.

Stay up to date with us at Serialgossip.com