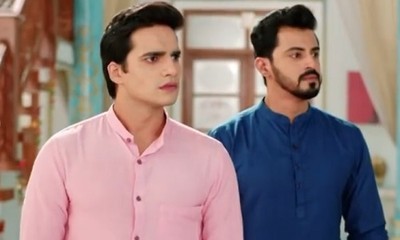 In the daily TV serial Mithai, a lot is going to change unexpectedly.

Abha turns revengeful against Mithai and Siddharth and thus puts a fake allegation of theft on Mithai.

Mithai proves her innocence but now she no longer wants to stay in the Choubey house.

Thus, she gives her kasam to Dadu and leaves the house taking a leap.

Siddharth and Mithai to get married

However, this time, not Dadu but Sid will stop Mithai from leaving.

Let's see if this is the time when Siddharth will confess to marry Mithai to fulfill his mother's last wish.

What do you think, will Girish agree to Sid's decision?

Stay tuned with us to know what happens next in the show.