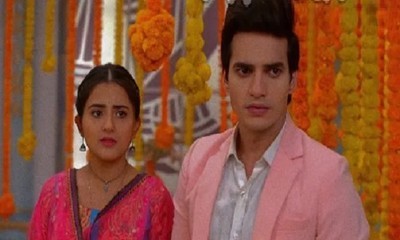 Zee Hindi TV serial Mithai is now going to see an intriguing U-turn in the upcoming storyline and we don't want you to miss it.

The next story is about bringing the new track post-Rohan and Kirti get married.

Girish is offended by how Mithai manipulated Sid and got Rohan and Kirti married.

Meanwhile, here Abha has determined to take revenge on the Choubeys.

Interestingly, the next storyline will now be focusing on Sid and Mithai's marriage and that with a twist.

Further in the storyline, Abha reveals to everyone that Shubham has broken the marriage alliance with Mithai and so the latter should leave the house.

Sid cares for Indu and so he can't let her leave without her medical treatment.

So, let's see how he will now announce his marriage with Mithai and save everything.