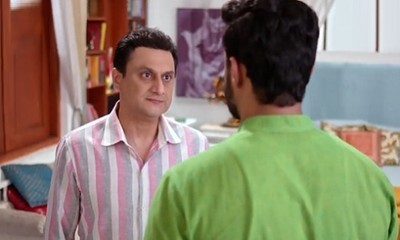 In the latest story track of Zee TV serial Mithai, a lot is going to change drastically.

Shubham gets influenced with Girish and thus breaks his marriage alliance with Mithai.

However, Girish wants to play something really huge that Mithai leaves the Choubey House for once and all.

Thus, Girish now acts all fatherly towards Shubham and reconciles with him accepting him as his son.

While Shubham doesn't know his evil intentions, he also agree to work with him.

And that's how a big conspiracy traps Mithai.

Sid to stand with Mithai

Now, in this upcoming tough phase, will Sid stand with Mithai and be a supporting system to her against his own father?

What do you think will Sid do now to protect Mithai and Indu?

We want you to share your views in the comments below.