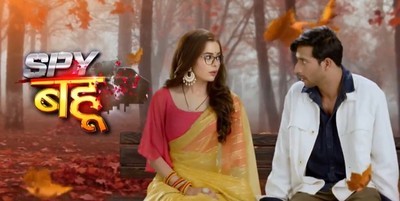 As per the current track of the show, Sejal and Yohan are coming closer than before after the terror attack incident.

Yohan has realized that Sejal has some other motive and is not behind his money or status.

On the other hand, Sejal has also realized that Yohan is innocent and is ready to fight for him.

Meanwhile, the makers of the show have released a new montage of the show.

In the latest montage, Yohan and Sejal are seen sitting beside each other and they seem to be completely in love.

However, they both have not realized the true feelings that they have for each other.

Yohan and Sejal to realize love

In the upcoming track, Dristi is seen speaking to Yohan about having feelings for Sejal.

It will be highly interesting to see how this love story blooms and grows forward.

Will Yohan and Sejal make a new start in their married life?