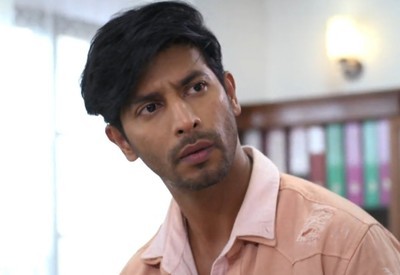 As seen so far, SK comes to Nanda mansion to arrest Yohan and Arjun under suspicion of the terrorist attack at the hotel Chapel.

However, Sejal opposes SK with her analytical leaving everyone shocked.

Sejal further asks SK to come with an arrest warrant.

Later, Sejal and Yohan try to collect proof against the culprit to prove Yohan innocent.

Sejal also pays attention to the relevant details just like a detective which makes Yohan suspicious of Sejal being a spy.

Now in the upcoming track, Yohan and Sejal start working along to find the evidence when Yohan candidly asks Sejal about her spy skills and asks if she is a spy leaving Sejal shocked and worried.

Will Sejal tell the truth to Yohan? Will Yohan learn about Sejal's secret mission?