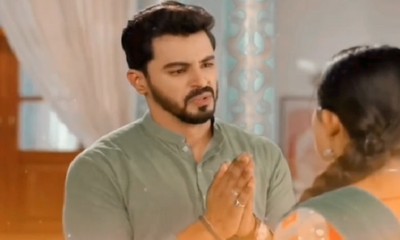 The Hindi top TV serial Mithai is all set to see some huge troubles knocking on the doors of the Choubey Family.

The Choubey family puts all blame on Mithai when Sid announces Rohan and Kirti's wedding.

Therefore, Girish gets so pissed off seeing everything that now he insults Shubham.

Ultimately, he only turns out to be the real mastermind behind Shubham calling off his wedding alliance with Mithai.

There happens a drastic face-off between Mithai and Shubham.

Shubham thereby refuses to marry Mithai and he is doing so only to prove Girish that he has his own life and will not do anything and everything that Dadu asks from him.

What do you think will happen now in Mithai's life?

Let's see what Sid do after knowing Shubham such step.