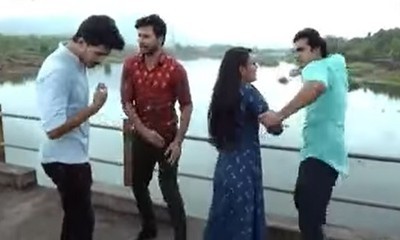 In the Zee popular TV serial Mithai, finally Siddharth is going to come to know the truth about Rohan and Kirti.

The Choubeys fix Rohan and Karishma's wedding when in actuality Rohan and Kirti love each other truly.

Thus, when the wedding day comes near, Kirti and Rohan take a drastic step towards ending their lives.

However, thanks to Mithai because of whom Siddharth runs and stops Rohan and Kirti when they turn to commit suicide and end their life.

Now, when Sid announces to his family that he will only get Rohan and Kirti married,

This shocking decision of his shakes the depth of the Choubey Family.

Will Girish misunderstand Mithai for brainwashing Sid when in actuality, it is Sid's decision?

Let's see what big twist comes now in the show.