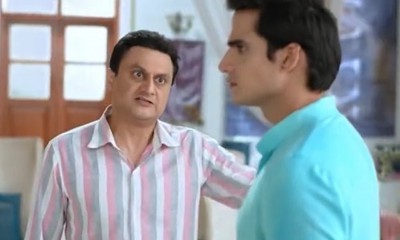 Zee Hindi TV serial Mithai is all set to see further a high voltage drama in the upcoming episode storyline.

It is seen how Mithai brings the truth out and thereby Sid stops Rohan and Kirti from committing suicide.

Now, when Sid announces Rohan and Kirti’s wedding while the latter also confesses her love,

This shockingly triggers Girish’s anger because now he assumes that the one who is responsible for instigating his daughter is Mithai when in actuality he is wrong.

And now this leads to a shocking twist as Girish now makes Shubham call off his wedding alliance with Mithai.

Meanwhile, he now plans to oust Mithai from the house.

Sid to stand for Mithai

Now, only Sid can stop Mithai and Indu from leaving the house.

What do you think will Sid do now?

Will Sid stop Mithai from leaving?