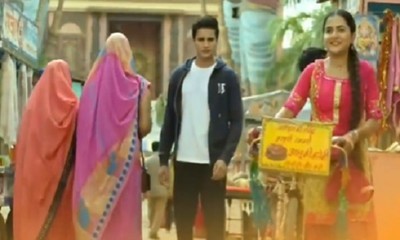 The top TV serial Mithai of Zee TV is now going to see the new venture of Mithai.

It is seen how Girish is compelling Shubham to do marriage rituals and love drama with Mithai but doesn’t marry her in the mandap.

Shubham is almost up to ruining Mithai’s dignity and her life by betraying her.

However, before this, a lot is going to happen between Mithai and Sid and that is something related to Mithai’s mithai business.

When Mithai starts selling the mithai again on the road, this time Sid also follows her.

And so, their tussle together begins in a very sweet way.

However, the challenges are still there.

Mithai to get a big help

Interestingly, a man buys aalo-jalebi from Mithai but eventually, he insults her.

Therefore, Mithai also doesn’t get scared but give a befitting reply to the goon.

But let’s see how this mithai selling business on the road will strengthen Mithai and Sid’s bonding bringing them closer.

Keep up with us at serialgossip.com