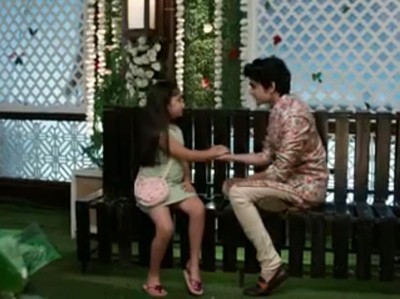 Sony TV's most liked show Bade Achhe Lagte Hai2 is up with high voltage drama and unexpected twists and turns.

It is seen that Vedhika brings Pihu to Kapoor Mansion as she does not want Priya in Ram's life.

Vedhika is ready to cancel Ram's big deal and get him imprisoned by not letting Priya closer to him.

She plans that Pihu's entry would ruin the plan and Ram would burst out at her.

Further, this would spoil his relationship with Priya and she would be out of his life.

However, her plan badly backfires and instead, Pihu and Priya are required to stay back in Kapoor Mansion.

Further ahead, Ishaan is trying all possible ways to unite Ram and Priya.

He is aware of Priya's huge sacrifice for him and wants her to get back her family.

Further, he counsels Pihu that Ram is not a bad person or responsible for Priya's condition.

Ishaan makes Pihu understand that Ram is a good-hearted man who called the doctor to help Priya.

Let us wait and watch if Pihu will overcome her notions about Ram and accept him or not.