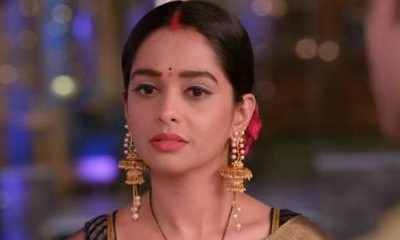 So far, we see how Pallavi emotionally manipulates Prachi and stops her from leaving the house.

Rhea, Aliya, and Pallavi are still together but now the former wants to make sure that Ranbir and Prachi get separated.

Thus, Rhea now targets Aryan who is the new character in the storyline.

Therefore, life ahead is quite tougher for both Ranbir and Prachi because Rhea manipulates Aryan against Prachi and Ranbir.

Let’s wait a bit to see how intriguing the next storyline will be.

Stay tuned with us at serialgossip.com for more updates and the latest news.

Kumkum Bhagya: Rhea in trouble as Pallavi turn against her ...

Kumkum Bhagya: Pallavi bursts out at Rhea demanding some mat...

Kumkum Bhagya: Will Dida be able to find out Pallavi's true masterplan?