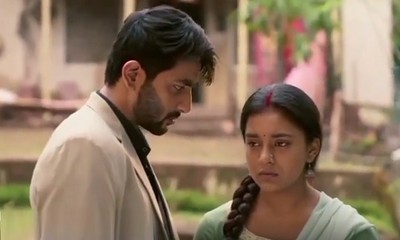 Star Plus Hindi TV serial Imlie is about to see further a major new twist with Imlie and Aryan finally coming face to face.

So far, we see how Malini plans and plots to make Aryan return from Pagdandiya but eventually, she fails.

Thus, the story takes an intriguing U-turn when Aryan and Imlie finally come face to face.

Imlie shows tashan to Aryan while the latter also challenges her to make her apologize to him.

Therefore, the story will now get more spice as Malini will not give up so easily.

Aryan and Imlie still love each other but the past has wrenched their hearts.

Now, will Malini’s big plan to trap Aryan separate him more from Imlie?

Stay tuned with us at serialgossip.com for more updates.

A major confrontation between Aryan (Fahmaan Khan) and Imlie...

Imlie: Dhamaka Next! Cheeni unites Aryan and Imlie in PD

Imlie: Dhamaka Next! Cheeni unites Aryan and Imlie in Pagdan...