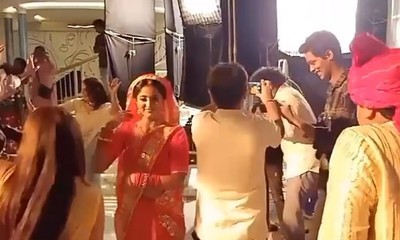 Star Plus top TV serial Banni Chow Home Delivery (BCHD) is finally all set to see further one of the most-awaited twists of Banni’s entry as Bahurani in the Rathore Mansion.

So far, we see how Banni and Yuvaan get trapped amid the rumors of the one-night stand.

The story thus takes an intriguing U-turn when Mami and Mama’s plan works and Devraj convinces Banni for the marriage.

Thus, the big bang entry of Banni as Bahurani shakes the ground under Manini’s feet.

And now to spice up the story, herein you will see Banni’s full-on tashan to the villain after marriage.

Now, it would be exciting to watch what more intriguing will come up next in the show.

Stay tuned with us at serialgossip.com for more updates.

Death on door! Trouble to Yuvaan (Pravisht Mishra) and Banni...