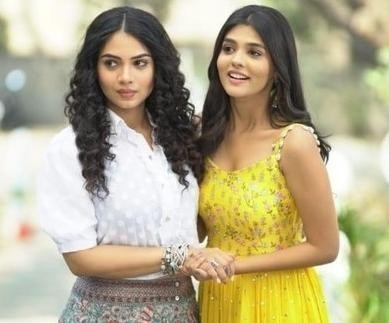 The upcoming track of Star Plus popular and longest running serial Yeh Rishta Kya Kehlata Hai will showcase an interesting twist and turn.

It was earlier seen that Kairav's girlfriend Anisha had gone away for her professional life as Abhimanyu Akshara's marriage was not sorted.

Now all of a sudden she returns back on Akshara's birthday where she has a big surprise for entire family members.

Abhimanyu and Akshara get happy seeing Anisha back.

Where Anisha does not waste much time she goes down on her knees to propose Kairav to marry him.

Anisha wants to get engaged to Kairav right away

Anisha has got the ring ready where she wants to get engaged to Kairav right away.

However Dadi Swarna and Anisha's mother Mahima looks furious with this step of Anisha as they are not ready for the marriage.

It would be highly interesting to see what will be the result of this prolonged disagreement.

Keep reading for further updates on Kairav and Anisha's story.