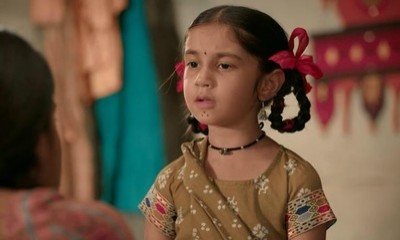 The upcoming episode of Star Plus popular serial Imlie will showcase interesting twist and turn.

It was earlier seen that Cheeni wants to know who her father is and asks Imlie to reveal the name of her father.

When Imlie says she also did not get her fathers name and Dadda only turned her real father.

Imlie states that father is the one who is ready to fight for them and support them in the hour of need not just the name makes anyone father.

Cheeni is happy to get Aryan as her father

Cheeni thus see the picture of her Hero Ji Aryan who turned the same as stated by Imlie.

Cheeni starts believing that Aryan is only her father as he always fought for her.

Now it would be highly interesting to see what happens next on the show when Aryan Imlie and Cheeni come face to face.

Imlie: Aryan gets Imlie arrested, Cheeni wants to know Who is her Father

Imlie: Aryan gets Imlie arrested, Cheeni wants to know Who i...

Imlie: Cheeni Ki Supari given, MAAlini turns ruthless for re...

A major confrontation between Aryan (Fahmaan Khan) and Imlie...