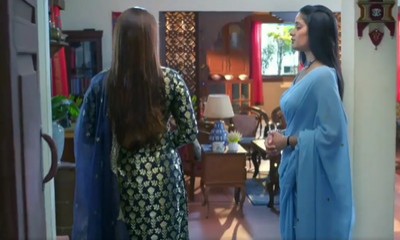 Ghum Hai Kisike Pyaar Mein will surely get down to jot the points amidst the audience with a twist in the upcoming episode.

Pakhi will make sure to give Sayi a very good offer to come down to Chavhan house, but on the contrary Sayi rejects the same.

Sayi as we all know is a very smart person on a whole and so Sayi will understand that Pakhi surely wants to win a game over Sayi.

Pakhi's move will be to call up Sayi at Chavhan house and to create an atmosphere wherein Sayi will be cursed tremendously by the Chachan nivas members.

Pakhi very well will know the fact that Pakhi has come to that level accross the years wherein Pakhi's request is a command in Chavhan house.

Pakhi will want to now downgrade Sayi by the mouths of the Chavhan nivas members which will make Sayi feel too much ashamed of self.

The story will now bring more fuel to Pakhi's fire when Sayi will oppose Pakhi's request which will make Pakhi all the more furious.

It will be very interesting to watch as in how will Pakhi still try to convince Sayi from various means like Virat and Vinayak?

Stay tuned with me guys to see what decision will Sayi make as in regards to Pakhi's request.