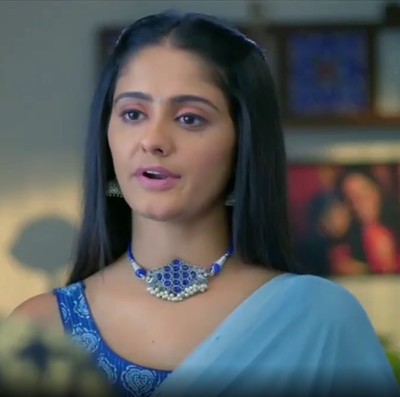 In Ghum Hai Kisike Pyaar Mein the latest update will be the one which will enthrill the audiences all the more as Pakhi and Virat will take Sayi to Chavhan Nivas.

Pakhi will play the game in such a manner that Sayi will be left with no other option but to accept Pakhi's invitation.

The idea of Pakhi will be to just show Sayi the women of the Chavhan house who is none other than Pakhi.

Post the most epic separation of Virat and Sayi now it is Pakhi who the main soul of the house and this is what Pakhi will want Sayi to get used to.

Sayi will be welcomed at Chavhan Nivas but with stares and glances which will just not be acceptable for Sayi.

Virat although will play dumb will now understand Pakhi's motto to get Sayi to Pune and Virat will also leave no stones unturned to make Sayi comfortable at Chavhan house.

Pakhi will get super irked eyeing at this hand and eye coordination of Virat and Sayi but Pakhi's hands will be tied up.

The question arises that what will Pakhi do when Pakhi will get to know that Virat and Sayi have once again started to fall in love?

Now, will Pakhi be able to separate the love birds Virat and Sayi once again?

Stay tuned with me my dear friends to get some more rock solid updates on Sayi and Virat's pair.