BALH2: Oh No! Pihu locks herself in room knowing Ram is her father (Upcoming Story) 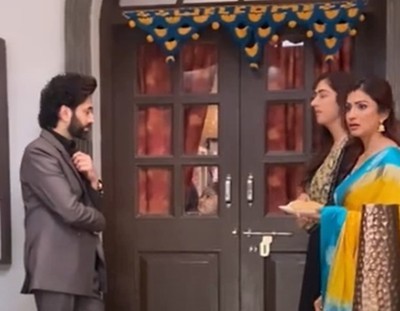 Bade Achhe Lagte Hai2(BALH2): Pihu angry on Ram and Priya for lying to her

Sony TV's most liked show Bade Achhe Lagte Hai2 is up with interesting twists and drama.

As Ram and Priya is now settled, they decide to tell Pihu the reality.

Soon, Pihu will also learn that Ram is her father and Priya had hidden it from her.

However, this is going to make her terribly angry at Priy just like Ram.

Ram and Priya will be seen making efforts to convince Pihu and calm her down.

However, Pihu is not ready to listen and locks herself in the room.

Now let us wait and watch how will Priya and Ram make Pihu happy.

Will Pihu forgive Priya and accept Ram as her father?

BALH2: What! Priya humiliated by Ram for being a careless mother

BALH2: What a blunder! Ram's big surprise turns into a disaster