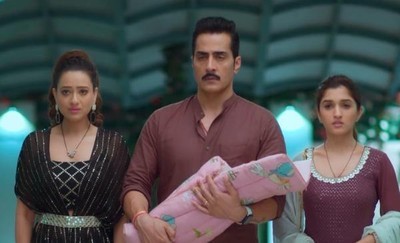 It seems Kinjal wants to come to Kapadia House to stay with Anupama as this point of time Kinjal needs only Anupama as she knows Anupama is the only one who will support her correctly.

Anupama consoles Kinjal and decides to make her strong.

Anupama recalls her days where Devika stood by her side that time and now she has to support Kinjal.

Anupama also looks at Anuj where Anuj is seen in mixed emotions.