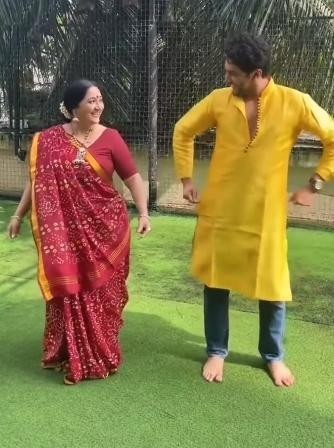 As per the latest reel Baa and Anuj are seen dancing to the song of Garba where they groove together.

In the show Baa is always seen against Anupama and hence Anuj does not like her even though he respects her a lot being elder to everyone.

Baa and Anuj dances merrily while coming back to the show we have seen Kinjal marking her entry in Kapadia Mansion where Anupama has to take care of Arya as well as Choti Anu.

On the other side Paritosh also wants to take care of Kinjal and his daughter and wants to spend good time with them but Kinjal is not ready to forgive him and talk to him.