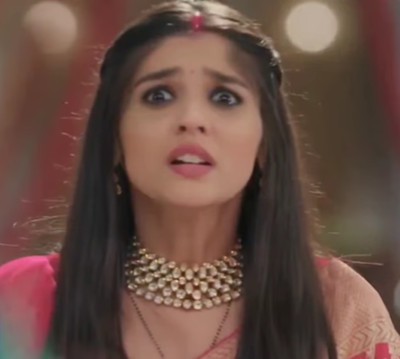 In Yeh Rishta Kya Kehlata Hai there will be a strange keyos spreaded amidst the lives of Akshara and Abhimanyu in the upcoming episode.

Akshara will be center shocked as Abhimanyu will make Kairav and Manish arrested all of a sudden out of the blue.

Now, the next demand of the situation is that Akshara will be questioning Abhimanyu regarding the major havoc of arrest.

Abhimanyu will just state that he will be following Mahima's orders and wish regarding Anisha to rest in peace.

The next important discussion will be regarding Abhimanyu not getting the proof of Akshara's innocence.

Akshara to come to Abhimanyu's place with intimidated behaviour

In the upcoming episode Akshara will hence be seen coming over at Abhimanyu's place for asking the explanation regarding the rude behaviour.

Akshara will hence ask Abhimanyu to eye the proof which Akshara had left for Abhimanyu in Abhi's room.

The story will hence pick up fire when Abhimanyu will say a straight no for getting any such proof and pendrive.

What will be Akshara's response to Abhimanyu's this plain Jane answer?

Has Akshara have made another copy of the proof?

Stay tuned with me to get to know the latest gossips of Yeh Rishta Kya Kehlata Hai.