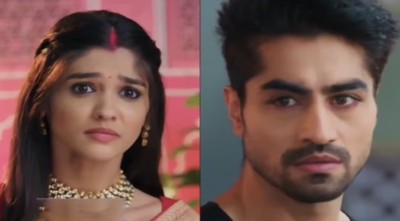 In Yeh Rishta Kya Kehlata Hai there will be definitely some situations which will make the audience go haywired with Akshara and Abhimanyu's behaviour.

Akshara will now land up at Abhimanyu's door with an explanation to what Abhimanyu did to Kairav and Manish.

Abhimanyu will in return state all the possible harsh language taunts to Akshara as Abhimanyu will still be unaware about Akshara's innocence proof.

The same piece of evidence which got stolen away from Abhimanyu's room from under Akshara's nose.

Abhimanyu along with Mahima will impose a legal ban on Akshara for just telling a lie as there will be no one to actually steal from Abhi's room.

Akshara allegedly claim Aarohi to be the culprit

Akshara will have understood this thing that the person to be beneffiting the most out of the hide and seek game of the evidence will be none other than Aarohi.

Akshara will be seen blaming Aarohi and Mahima's pair to be the main culprit behind this blind man bluff game.

Will Abhimanyu believe Akshara and look out for Aarohi and Mahima's room?

Stay tuned with me to get some more updates on Akshara and Abhimanyu's this proof finding game.