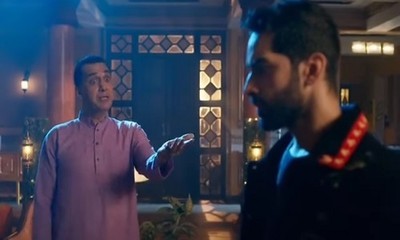 In the upcoming episode of Star Plus prime-time TV serial Imlie, now a lot is going to happen in Atharva and Imlie's life.

It is seen how Rudra is totally disappointed with Atharva's career choice.

Rudra wants Atharva to become serious about his life and try to maintain his family's dignity but the latter is doing everything opposite.

The twist int he tale now comes when Cheeni, Imlie, and Rudra along with their families attend the same wedding.

Therefore, this brings a turning point in the show.

Atharva and Rudra at odds

Rudra and Atharva have a bitter father and son relationship.

So, now when Atharva has fallen in love with Cheeni,

Will he agree to Rudra's decision?