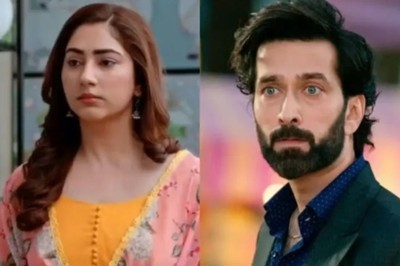 Sony TV's most liked show Bade Achhe Lagte Hai2 is up with high drama and action.

It is seen that Ram and Priya are happy with Pihu and planning to tell her the truth.

However, here Nandini plays an evil game once again brainwashing Ram and provoking him to file for sole custody.

Further, Nandini uses his insecurity and scares him further that Priya will take Pihu away again.

Ram is unable to think straight and he takes the drastic step of filing for sole custody.

Priya is shocked by Ram's action and refuses to believe that he can separate her from her daughter.

However, Ram who is blinded by Nandini's fake love does the unimaginable and takes up a legal fight against Priya.

With no option left, Priya too fights in the court for Pihu.

Now let us wait and watch what will be the outcome of this court drama.

BALH2: Betrayal! Nandini and Shubham use Vedhika to sheild self

BALH2: Oh No! Pihu locks herself in room knowing Ram is her father