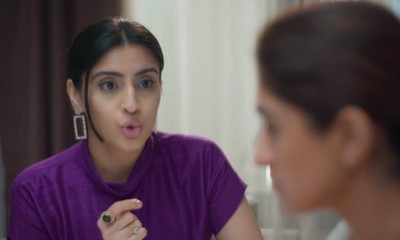 It seems Kinjal has come to Anupama's house where she does not have any problem in Kinjal staying with her.

Further it is also seen that Kinjal does not want Anupama to grind between two house and hence she comes to live there.

Now Anupama is already burdened with too many work on her shoulder when Kinjal has also come there.

Back in Shah House Kinjal had Baa Bapuji Samar Vanraj Kavya Pakhi for help the entire family was there.

Anupama shocked to see Arya and Anuj in pain

But here in Kapadia house Anupama has to go to school dance class Anuj's office where Barkha is not going to help Kinjal in any way and poor Anuj himself needs much help.

Poor Kinjal turns huge burden on Anupama where Anuj also gets hurt due to her turning panicky for Arya.

How will Anupama handle this new stress on her way?