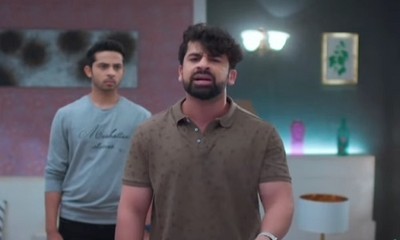 In the interesting TV serial Anupama storyline, now another extreme drama is about to come with Paritosh taking a reckless move.

Paritosh is taken aback at how Kinjal left him with Arya.

Paritosh did so wrong with Kinjal but is not yet apologetic or guilty for his deeds.

Therefore, now the situation manipulates and Paritosh's ego gets triggered to such an extent that now he takes legal way to get his daughter back.

And this intensifies the drama to an extent.

Paritosh to cross the line

Moving forward, you will now see Paritosh crossing the line to trouble Kinjal and Arya.

While Vanraj, Kavya, and Anupama are standing with Kinjal,

Will they let Paritosh drag Kinjal in the courtroom?

Will Kinjal be able to fight back Paritosh?