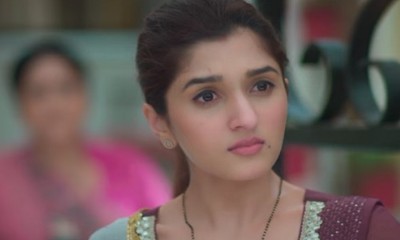 The top most-loved TV serial Anupama is about to see further Kinjal and Arya shifting to the Kapadia Mansion.

Anupama surely promises Vanraj and Kavya that she will take good care of Kinjal and her daughter but it seems the situations are not going to align with her.

And that is why Barkha enters the frame to give bad company to Kinjal.

The latter gets into a dilemmatic situation and begins to fall into Barkha's manipulation when the latter asks her to divorce Paritosh.

Thus, now the situations get complicated for Kinjal to the core.

Kinjal to take a reckless move

Paritosh is already stressed and cursing Anupama when Kinjal begins to think about divorce.

Or will Kinjal be thoughtful about the decision she is about to make?