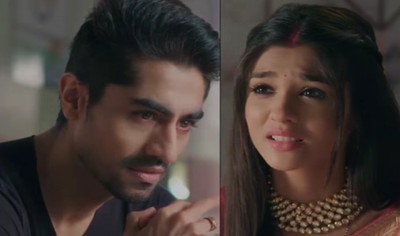 In the upcoming episode of Yeh Rishta Kya Kehlata Hai the show will be seen taking a whole 360 degree turn as Manjari will wake up from coma.

Akshara will keep on giving major music therapy to Manjari even as Abhimanyu will be deadly against the same.

Abhimanyu will however not be able to digest this fact that Akshara is behaving all good amidst Manjari when Akshara will be the only reason of Manjari's this state.

Alongside as days will pass by there will be major improvements seen in Majari's state of mind and health which will make Abhimanyu stay in a shocked state.

Yeh Rishta Kya Kehlata Hai's upcoming episode will be seen all filled up with a strange debtor and credator vibe amidst Abhi and Akshu.

Manjari will be seen giving the credit of getting well to none other than Akshara which will irk Abhimanyu.

Abhimanyu will now have no other option rather than to say thanks to Akshara with whole of Abhi's heart.

It will be very much amazing to listen and eye the words thank you coming out of Abhimanyu's mouth for Akshara?

Stay tuned with me to watch the latest updates on this thank you sorry relationship of Abhimanyu and Akshara.