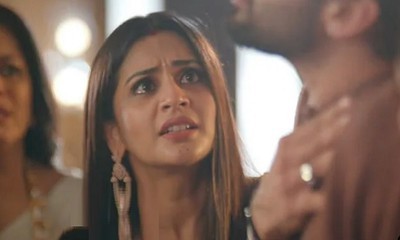 Star Plus prime-time TV serial Imlie is about to see a shocking situation before Imlie that will put her into a tight spot.

Cheeni is not ready to let Atharva and Imlie's proximity blossom.

Therefore, the next day she plays a foul game to prove Imlie bad in Atharva's eyes by mixing some poisonous syrup in the Dalia that she made for her.

Thus, when Cheeni acts like not eating smelling the dalia, here Atharva shockingly eats the same saying Imlie can never do anything wrong.

Unfortunately, his trust falls shattered when he chokes and starts feeling suffocated.

Imlie in a bad spot

The drastic turn of events put Imlie into a bad spot when Atharva's strong trust on her gets broken because of Cheeni's foul game plan.

So, let's see how Imlie saves Atharva and how she proves herself innocent.

Keep reading the new updates with us at Serial Gossip.

Star Plus show Imlie under scanner by Channel  Gul Kha...