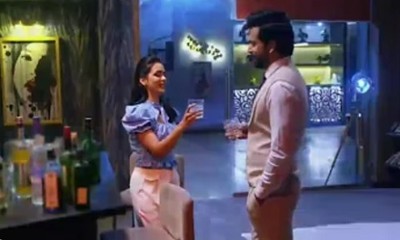 Zee top TV serial Kundali Bhagya is all set to see further Rishabh falling into a tight spot in the upcoming storyline.

Earlier seen how Karan decides to marry Preeta to get his fatherly rights on Kavya.

So, now when Rishabh gave a lift to Anjali, herein poor he fails to guess her dirty conspiracy behind stopping him.

Thus, the situation deteriorates when Anjali again and again pulls Rishabh closer and ends up messing his clothes with her makeup and lipstick.

Therefore, now this situation will take troll on Rishabh as further in the story, Anjali accuses him of extramarital affair.

Rishabh and Preeta's big fight next in

Rishabh has no clue of what Anjali is planning and plotting against him.

While Anjali ahead is going to ruin Rishabh and Preeta's marriage relationship,

Let's see how Karan will react to this.