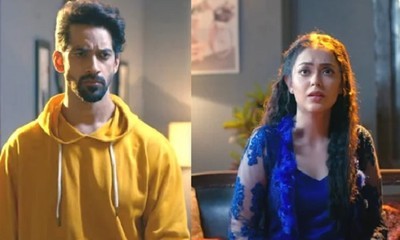 In the upcoming track of Imlie TV serial, now you will see Atharva trusting Imlie and this will change everything between them.

Cheeni brags forth Rudra and is super confident that soon Atharva will leave Imlie.

However, Rudra trusts GS and Imlie. Thus, he encourages Imlie to face reality and forgive Atharva so that her relationship doesn't get any crak.

Interestingly, Imlie manages to convince Atharva and herein the twist comes up in the tale when Imlie finally reveals about how Cheeni only gave her the idea about the date and also about the decoration.

Thus, the tables turns around and Atharva finally takes a dig at Cheeni just when the latter was blabbering about how her plan to distance Atharva and Imlie is failing.

Cheeni really had a good time planning and plotting against Atharva and Imlie.

Let's see how slowly he will see the evil side of Cheeni and realize Imlie's true worth.