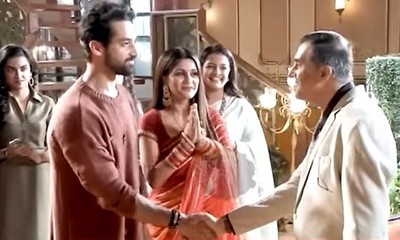 Atharva and Imlie's love story in the upcoming episode story of Star Plus Hindi Serial Imlie is now going to spice up a lot.

Now this new entry of music producer plays a big role in Atharva and Imlie's love life because when he finally gives a second chance to Atharva and signs him for the project,

Here Atharva becomes super happy getting Imlie's prime support to him because of whom he finally got his dream project.

So, this new entry makes Atharva not only realize Imlie's real worth but this also leads to Atharva and Imlie's first romantic date.

Atharva is slowly steadily falling in love with Imlie sidelining Cheeni every minute.

Let's see if their first date brings them closer or Cheeni planned something bad. Stay tuned with us at Serial Gossip for more.