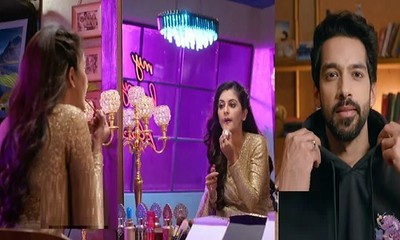 Star Plus popular Hindi serial Imlie is all set to see further Atharva finally budding a strong bond with his wife Imlie.

Earlier seen how Atharva almost loses a big music project but Imlie smartly convinces the Producer to visit the home and give a second chance to Atharva.

Here Imlie once again handles the situation smartly and thus helps Atharva play live music using the utensils and other things of the house.

Thus, the big happiness comes home when the Producer finally signs Atharva and the latter gets his dream project only because of Imlie.

Now, Atharva gets so happy that he takes Imlie on a dinner date.

Interestingly, that's when the romance finally finds its place between Atharva and Imlie.

Even after the destiny favoring Atharva and Imlie, here Cheeni is not ready to stop her dirty games.

So, let's see if she succeeds in ruining Atharva and Imlie's date or the latter will once again impress Atharva with her innocence and brilliance.