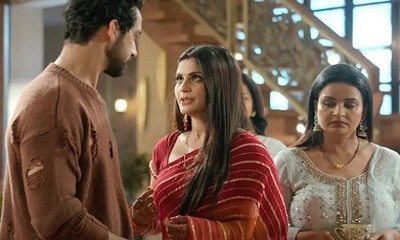 In the latest story of Imlie TV serial, now you will see Atharva getting a big music project only because of Imlie.

However, Imlie is not ready to let Atharva lose his big chance.

Therefore, she decks up as a driver and finally convinces the producer to visit home and give a second chance to Atharva.

Thus, when Imlie along with the family helps Atharva in playing his music live before the producer,

Finally, the producer gets convinced and there he gives Atharva a chance.

And now this is when Imlie once again proves a big luck to Atharva.

Atharva's gesture of thanks

Atharva can't thank Imlie enough because she only supported him when he lost everything.

Let's see how romantic this date night will be for the couple and if Cheeni will let this happen.

Stay up to date with updates at Serial Gossip.