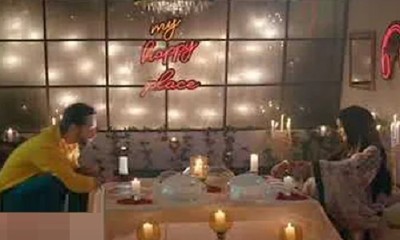 Star Plus serial Imlie is gearing up for a major turning next in the upcoming storyline.

Recently it is seen how Atharva and Imlie have a heated argument on their dinner date.

As soon as Atharva refuses to talk to Imlie, the latter doesn’t give up on him.

Therefore, Imlie somehow convinces Atharva for dinner and herein she arranges a lovely night for them.

So, the twist in the tale is that when Imlie tells Atharva that Cheeni only told her about the date,

Herein Atharva finally realizes that it was Cheeni who gave the date idea to Imlie and insisted to come with her.

Thus, Atharva feels bad and now he decides to apologize to Imlie for lashing out at her.

Further, you will now see Atharva’s special gesture for Imlie as they finally have their real date.