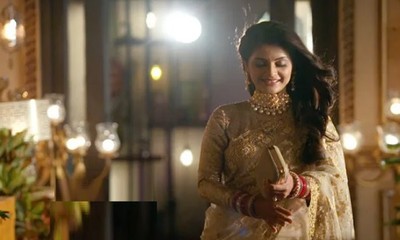 Star Plus top TV serial Imlie is all set to see further Atharva inviting Imlie for dinner after all, because of her, he finally got his dream project.

As soon as Devika suggests Atharva taking Imlie out for dinner,

Here Cheeni gets in full action to ruin their first date because this might get them closer.

Atharva is surely not in love with Imlie but he has developed a soft corner for her sidelining Cheeni.

And this is the reason he thinks to make this night special for Imlie who did so much for him.

However, not everything is going to happen so early.

Cheeni can't let Atharva get closer to Imlie thus she intentionally urges to come with Imlie.

Therefore, when she acts like getting injured in the restaurant, here Atharva badly misunderstands Imlie.

Atharva even lashes out at Imlie for risking Cheeni's life even after knowing that she is injured.

Now, let's see what happens next and how Imlie saves her marriage.