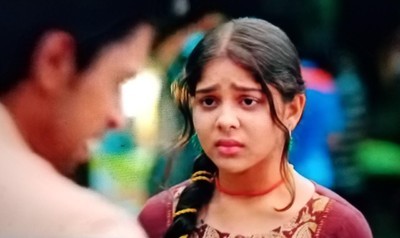 Episode begins with Faltu hiding from the goons and she prays to God so that her phone gets switched on for a while so that she can contact Ayaan.

She feels he is the one who can save her from this danger.

She trembles with fear, luckily the device starts and there Janardan makes announcement of his heir and the person who will become the CEO of his company in front of his guests.

Sumitra encourages Siddharth to go there as she is confident that Ayaan is not going to come.

Siddharth heads towards the stage despite his father's denial.

But at that time Ayaan enters while checking his phone for Faltu's calls.

Tanisha gets excited looking at him and takes his name.

Janardan gets delighted and calls him on stage.

He declares him as his heir and Siddharth fumes seeing him.

Siddharth questions Ayaan about his late arrival and the latter gives excuses of helping the villagers.

Later Savita takes away his phone and asks him to get ready immediately for his engagement.

Ayaan and Tanisha get engaged.

They give special speech for each other, later Ayaan is lost in Faltu's thoughts and Suhana handles the situation.

Charan informs Jamna about Faltu's whereabouts that she is in Mumbai with Ayaan.

Jamna senses danger, there Faltu calls Ayaan and notifies him about the danger.

He leaves at once in his car and Siddharth follows him.

Ayaan enquires about Faltu from a shopkeeper and Siddharth learns from the latter that Ayaan is looking for a girl.

Precap- Ayaan saves Faltu from goons and says how important she is for him at this point.

He brings her home and Siddharth instigates his family saying Ayaan is searching for another girl when Janardan says Ayaan is responsible.